(SAN DIEGO – October 16, 2015) – Jackson Design & Remodeling (JDR) announced today that the American Society of Designers (ASID) has selected four homes, designed by four designers on Jackson Design and Remodeling’s award-winning team, to be featured on the Kitchen, Bath & More Tour, which showcases the best design and remodeling projects in San Diego. The 2015 ASID tour will feature 11 San Diego residences including kitchens, bathrooms and additional rooms. The tour takes place on October 24 from 9 a.m. to 5 p.m. General admission tickets can be purchased online for $25.

“I am so proud of these talented designers who have been hand-picked for this tour to showcase their hard work,” said Todd Jackson, Founder and CEO of Jackson Design and Remodeling. “ASID is a community made up of incredible designers who understand and appreciate innovative work. All of JDR’s featured designers will be on site during the ASID tour to discuss their design decisions and to answer any questions or give advice to the public. Anyone who is thinking about a remodeling project should attend this tour.” 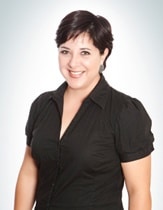 JDR Design Department Manager and Senior Interior Designer Tatiana Machado-Rosas designed this space for a couple with a passion for Mid-Century Modern aesthetics. The 100-year old Spanish home in Point Loma was a series of closed off rooms, which were difficult to navigate. Removing a wall between the kitchen and living area created a more functional floor plan. The new expansive layout significantly improves the flow of the kitchen and living space and seamlessly blends the indoor and outdoor living areas. Mid-Century Modern furniture and collectibles, along with inherited antiques, shine against a clean and neutral color palette interspersed with pops of blue and aqua. In the kitchen, rich mahogany cabinetry provides abundant storage, while a teal backsplash over the cooktop and pale aqua tiles bring sparkling color. A spacious backyard oasis features several distinct areas for dining, entertaining, and relaxing, and is partially elevated to take advantage of impressive views. The home now conveys a serious respect for design and beauty in a lighthearted way that welcomes family and friends into a comfortable, light-filled, artistic environment. 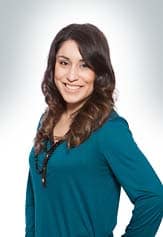 This family-friendly space was designed by JDR Interior Designer Alison Green for a La Jolla family who wanted their ranch home to more easily accommodate cooking and entertaining for large groups of children and parents. In the new floor plan, half of the hallway was removed at the entry point of the home, opening up the layout visually and adding significant natural light. Classic Shaker-style posts punctuate the new wall, where art is now hung in a gallery presentation. The entryway, hallway, kitchen, family room, living room and dining room are now visually unified in an appealing environment that once felt like several separate spaces. The color palette is a light sage paired with soft neutrals, perfect as a backdrop for art and found objects. White Shaker-style cabinetry is a fresh note in the kitchen, where an island set at an angle invites gathering and easy navigation. A wood floor in engineered maple echoes the angle of the island to emphasize a sense of openness and movement. Large family gatherings are now a breeze in a space that is friendly and relaxed yet classically focused on thoughtful design. 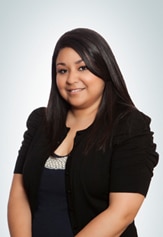 This French Country-inspired Encinitas kitchen was designed for a couple who frequently entertain their children and grandchildren and wanted to significantly expand their cramped culinary space. JDR Interior Designer Jen Pinto created an inviting atmosphere by first opening up a wall and extending an archway. Light now flows from the new bay windows where the backyard view is now a focal point of the room. Glazed cabinetry adds a subtle note of luxurious functionality, illuminated by a rustic chic chandelier and a pair of scones in the whitewashed wood. A 12-foot long island, with an unusually thick slab of granite and seating for three, invites chatting with the chef while she prepares meals at the professional range top. With professional tools, abundant and organized storage, and French Country flair, this expansive, light-filled kitchen is now an inspiring space for a devoted gourmet chef and baker. 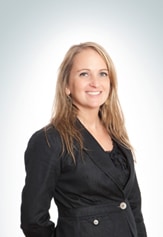 This hilltop Pacific Beach home was built in the 1960s on a site featuring incredible views of Mission Bay and the Pacific Coast, yet the original design did little to take advantage of its location. The home was dark and outdated, with significant structural and design changes needed to accommodate modern living and make the most of its natural environment. JDR Interior Designer Sol Quintana Wagoner created a new open floor plan carefully designed to maximize and frame the view from every vantage point. An abundance of natural light and openness creates a feeling of serenity and possibility, emphasized by the sophisticated architectural elements now in place, which combine rustic and Mid-Century Modern elements. The color palette is based on white with subtle variations of gray, balanced with natural elements of wood, brass and stone. The heart of the space is a large island illuminated by a pair of amazing rustic chandeliers in grand scale.

For more information and to buy tickets to the 2015 ASID tour go to www.asidsandiego.org.

The San Diego Chapter of the American Society of Interior Designers has more than 500 professional and allied members and is part of the oldest and largest organization of professional interior designers in the world. Professional membership is earned through accredited education, years of qualifying experience and postgraduate examinations. ASID helps protect the health, safety and welfare of consumers by encouraging and requiring members to keep abreast of evolving technologies, regulations and safety issues.