(SAN DIEGO – May 7, 2018) – Jackson Design & Remodeling (JDR), announced today it has won a National Contractor of the Year (CotY) Award from the National Association of the Remodeling Industry (NARI) for a Del Mar addition. The “Architectural Artistry” design expands indoor/outdoor living and captures the home’s panoramic ocean views while respecting its original architectural integrity. JDR is one of only two California companies to win a national CotY award. This is the second major award win for the project, which also earned a Master Design Award.

“We’re excited to win a national CotY award for this beautiful Del Mar home addition,” said JDR President and CEO Todd Jackson. “There was no surrounding land to build an addition on and, as a coastal property, the amount of square footage that could be added to the home was limited. Our team arrived at an imaginative design solution with the relocation of the kitchen and an addition on the second level. The addition was meticulously designed to seem as if it was always intended as part of the home.”

Each year, contractors from seven regions around the country vie for regional CotY awards, with winners advancing to the highly competitive national awards program. Industry leaders and peers regard CotY awards as among the most prestigious. Multiple JDR projects have been honored with CotY awards for 12 consecutive years. An impartial panel of 26 industry experts judged this year’s entries based on problem solving, functionality, aesthetics, craftsmanship, innovation and degree of difficulty. 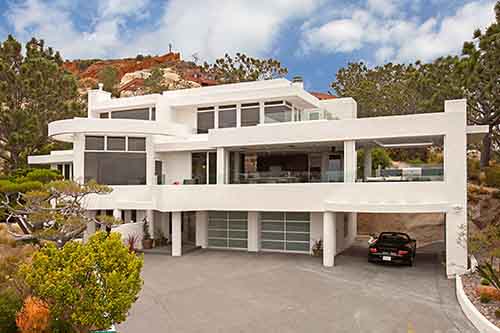 In a home with a strong architectural statement and panoramic views of the ocean, an empty nester couple wanted to embrace their natural surroundings and dramatically enhance indoor/outdoor living in any season while respecting the significant architectural integrity of their contemporary home. Residential Designer Arnold Garza and the full JDR design build team came up with an imaginative design solution that relocated the kitchen to an addition on the second level. Meticulous planning ensured the addition was seamless and integrated with the home’s original distinctive design.

“We will always be grateful to the amazing team that JDR assembled to work on our house!” said Insu and Jim Nuzzi. “It is indeed our ‘forever home’ and we could not be happier.”

About NARI: The National Association of the Remodeling Industry (NARI) is the source for homeowners seeking to hire a professional remodeling contractor. Members are full-time, dedicated, remodeling industry professionals who follow a strict code of ethics with high standards of honesty, integrity and responsibility. Remodeling Done Right™ is NARI’s promise to consumers as well as members and the industry. For more information, contact NARI at 847.298.9200 or www.nari.org.