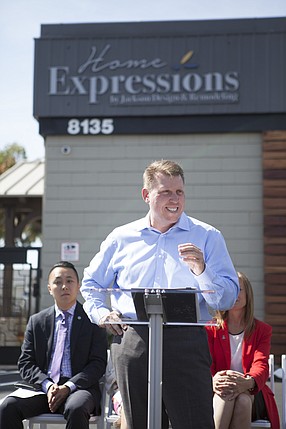 He launched the company with a ribbon cutting ceremony April 21 with public officials and business leaders. The new company, located at a new 9,000 square-foot Selection Center in Kearny Mesa, will offer homeowners kitchen, bath and specialty design build remodeling without structural changes, according to a news release from the company.

Home Expressions will employ a team of designers and professional staff with 30-40 direct employees and 250 indirect employees. Combined, the two businesses are expected to generate $18.5 million in revenue in 2016, $10.5 million of that would be subcontractor revenue (including materials and labor), according to the release.

Jackson led Jackson Design and Remodeling, the 27-year-old home redesign company, to $14 million in revenue in 2015, according to the company.