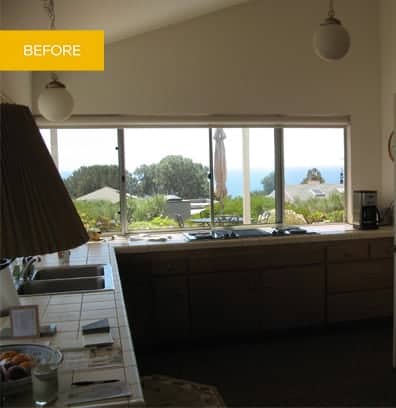 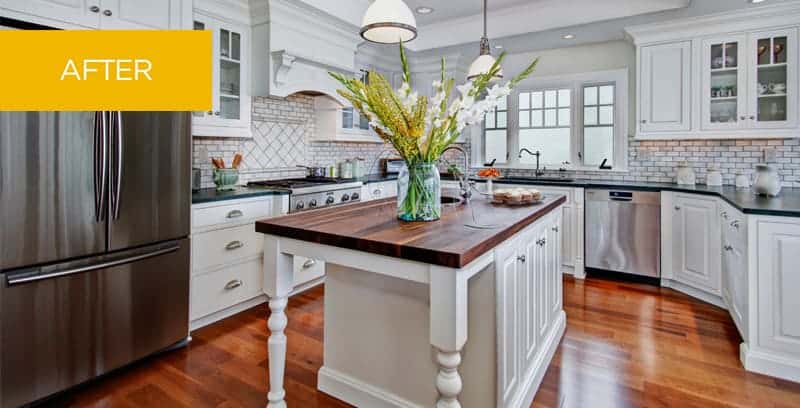 THIS PROJECT HAS WON THE FOLLOWING AWARDS

This refreshing interpretation of Colonial aesthetics celebrates the light and air of coastal living while uniting layout choices, meticulous detailing and nostalgic elements that evoke an East Coast mood. A retired couple with Maryland roots and a beautiful California coastal home wanted their kitchen to embrace its natural surroundings while honoring the aesthetics of East Coast Colonials. Strategic space planning was essential for this kitchen, which was moved to a part of the house that better captured ocean views and designed with three entrances for ideal access and circulation.

Meticulous molding is just one of the architectural details that transforms the room from its original ranch house blandness to character-rich splendor. Peninsulas were added for prime storage in a room with limited wall space. Windows with authentic casing and nostalgic lighting over the island delineate the East Coast look. Mahogany floors, a wood countertop on the island and hard rock maple cabinetry with a painted alabaster finish express period accuracy combined with modern function.

See this project in our portfolio

Learn about the latest trends in design build as you see and touch examples of the design sense, craftsmanship and thoughtful client care that go into all of our work.

Saturday: Visit Our Selection Center
10:00am-3:00pm
Let us help you with your remodel or new build!
Contact us for more
SCHEDULE A PRIVATE TOUR